If you are reading this article, you probably know a child that has progressive myopia. Now being myopic has obvious consequences, the main one being you can’t see things as clearly that are far away as opposed to things up close. High degrees of myopia have also been associated with increased risk for retinal detachments, […]

Another successful Orthokeratology patient, Bethany! We love improving our patient’s lives through improving their vision! Patient Testimony:   “What first got you/your child interested in Orthokeratology?” Testimony from Dr. Lam and other patients   “How was the fitting process?” Easy. The staff was really nice. “How has Orthokeratology made your child’s vision (and lifestyle) better? […]

Sami came to our office initially wanting to pursue LASIK, but realized that since his prescription was still changing, the better option was to do Ortho-K! Orthokeratology allowed him to be glasses free (like LASIK), but also helped in slowing down his prescription from climbing. After a week of wearing his lenses, he was able […]

Dr.Mai with colleague and friend Dr. Kent Nguyen Myopia Control Growing in Popularity Amongst Mainstream Optometrists! Dr. Mai here. I went to a fantastic eyecare conference yesterday with the Orange County Optometric Society. While I have been practicing myopia control for years, I was happy to see a mainstream lecture on the topic presented to […]

Annual. Monthly. Biweekly. Daily. Soft. Hard. Hybrid. Customized. Today there are ample contact lens designs made to fit the different lifestyles of the 40.9 million contact lens wearers in the United States. Contacts are proven to be a safe and effective when used as designed, but what happens when the wearer wears a contact lens […]

A visit to an eye specialist is not always about getting a new pair of glasses or contact lenses. In … END_OF_DOCUMENT_TOKEN_TO_BE_REPLACED

If you are buying contact lenses for the first time, you’ll be given the choice between daily and … END_OF_DOCUMENT_TOKEN_TO_BE_REPLACED

If you rely on your eyeglasses day in and out, you’ll want to take better care of them. Here are … END_OF_DOCUMENT_TOKEN_TO_BE_REPLACED 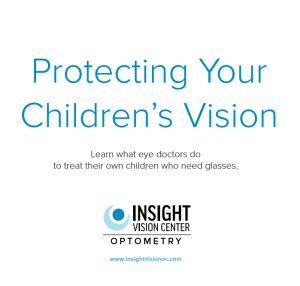